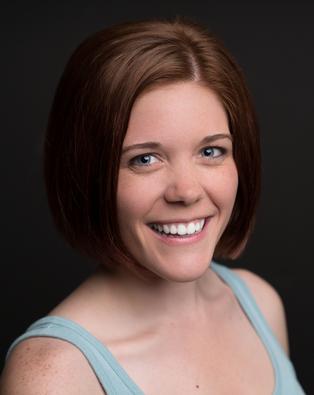 I grew up in College Station, TX with my two parents and my little sister, Janie. Throughout my childhood, I received training in dance and music, and I later fell in love with theatre.  I recently graduated with a Bachelor of Fine Arts degree in Musical Theatre from Sam Houston State University.

I became a member of the Actor's Equity Association in the fall of 2014 for playing Mary Lane in TUTS Underground's production of Reefer Madness, directed by Bruce Lumpkin. Professionally, I have also had the honor of playing Pippi Longstocking in Pippi Longstocking: The Family Musical with Main Street Theatre for Youth under the direction of Jimmy Phillips.

I am a proud member of The Performing Arts Project's 2nd, 4th, and 5th Companies.  I attended their intensive in the summer of 2013 and served as an artistic intern for the 2015 intensive. In 2016, I was awarded the Bubby

I attended high school at A&M Consolidated High School and was an active member of Tiger Theatre. Some of my favorite high school roles include Puck (A Midsummer Night's Dream), Penny (Hairspray with The Brazos Valley Players), Cinderella (Cinderella), and Miss Dorothy (Thoroughly Modern Millie).